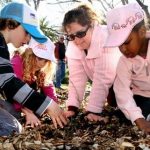 Past events – images from our archives

Walking tour of Chippendale art galleries 2013 In 2013 we crossed Broadway to sample the art galleries that have sprung up in Chippendale.      Tour of Cockatoo Island 2012     Brewery tour 2011       Tour of Glebe artisans workshops 2010 We visited a range of small businesses, ranging from a flower shop. […]  Read more »

Whilst this work has been a major project and at times inconvenient, our 19th century streetscape had to be upgraded to suit 21st century needs. For far too many years Glebe Point Road has suffered neglect. Now we have reclaimed our space, we need to support our local businesses that have experienced difficulties over the past year. Glebe is a village and we own it.  Read more »

Excavation for the resurfacing of Glebe Point Road has unearthed the tram tracks under the roadway. Trams ran along Glebe point Road between 1892 and 1958.  Read more »

The National Trust Heritage Festival (4-19 April 2009) has the theme of “Our Place in Space – Under the Southern Cross” (to coincide with the 2009 International Year of Astronomy). If we are to participate in this Festival, we need to register our event/s by 28 November this year in order to be included in the National Trust publicity.  Read more »

Glebe is celebrating its Sesquicentenary next year and it will coincide with completion of Glebe Point Road upgrade. A committee representative of all the community groups is working with City of Sydney to manage the events. To celebrate its history the Coalition of Glebe Groups (COGG) is aiming to form a small sub- committee to manage installation of a time capsule that the community will decide what is to be included. The intention is that the Lord Mayor, Clover Moore will bury the capsule at a suitable time and in an appropriate location.  Read more »

“Second only to the Botanical Gardens as a recreation ground”: Max Solling tells the story of the ups and downs of Wentworth Park
Read the full text of Max Solling’s talk at the Wentworth Park Community Games Day, Sunday 18 May 2008.  Read more »

The report of the ecologist engaged by the Glebe Society on Glebe's "Blue Wrens" is now available. Click here to read the report or go to the Glebe's Blue Wrens Sub-committee page.  Read more »

Through the efforts of the Glebe community, the City of Sydney has won a coveted $30,000 grant from the National Trust (NSW) to help gather oral histories from the Glebe community as part of its Wireless House public art project in Foley Park, Glebe.  Read more »

Government Taskforce to Advise on Development of Our Bay

The Minister for Planning, Frank Sartor, has confirmed that the Government has established a taskforce to advise on the range of development scenarios for the ‘Bays Precinct’ (including Glebe Island, White Bay including the disused power station, Rozelle Bay and Blackwattle Bay).  Read more »

The drab fence at the front of Glebe Public School has become a colourful and inspiring work of art as a centerpiece to the $15 million upgrade of Glebe Point Road by the City of Sydney. The Glebe School Fence Project by renowned public artist Nuha Saad is a tribute to the area’s rich and […]  Read more »

The Minister for Planning, Frank Sartor, has approved plans for Australia’s largest boat storage facility to be built on the shores of Rozelle Bay. In his announcement on 23 May 2007, Mr Sartor said he had applied "a series of strict controls following community consultation." (Click here to read the full text of Mr Sartor’s […]  Read more »