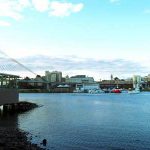 The long awaited Bays Precinct Taskforce Report1, and the Government’s response to it, was released in late March. The Report is a mixed bag. It makes some very significant findings and recommendations – although these are often loose and open to many interpretations.  Read more » 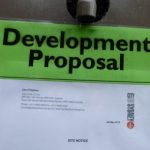 Between the Affordable Housing site and Wentworth Park is an old industrial site, formerly the NSW Government Garage. Before that, the part of the site on the corner of Bay Street housed the Glebe Ragged School, which moved there from the corner of Glebe Street in 1890.  Read more »

This proposal has been in abeyance for some time, but has now reappeared in the form of an application that gives the building envelopes and locations, but still does not include details of the actual units. The proposal is little changed from the one to which we objected last year.   Read more »

An audience of over 120 people attended the Town Hall meeting on Thursday night, 16 May, to learn more about the proposed changes to the NSW Planning laws.  Read more »

Stories of Glebe’s History in the June Bulletin

Tranby Aboriginal College in Mansfield Street is Australia’s oldest Indigenous education provider, operating for some 55 years. A not-for-profit co-operative, the College has seen thousands of students graduate and go on to make lasting changes in their lives and those of their families and communities. Darlene Hoskins-Mackenzie, Interim Chair of the Board of Directors, will lead a Glebe Voices session at the College during NAIDOC week and introduce the work of the College and its plans for the future including strengthening ties with the local community. Please join us at 6.00pm on 8th July at Tranby, 11-13 Mansfield St.
For further information: Mairéad Browne (02) 9552-2888
Read more »

This month (May 2013) I have posted the following: The NSW Government is introducing legislation which will remove much of Local Government controls of residential planning. It favours developers over residents. A Community Planning Forum will be held at the Glebe Town Hall on 16th May at 7.00 p.m. See the Planning Forum Flyer – […]  Read more »

Tranby, the independent learning organisation in Glebe for Aboriginal and Torres Strait Islander people, is having an Open Week from 3rd to 7th June 2013.  Read more »