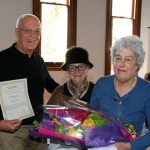 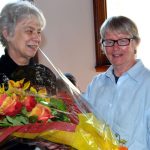 Dr Lesley Lynch was elected a Life Member of the Glebe Society at the 2013 annual general meeting.  Read more » 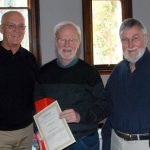 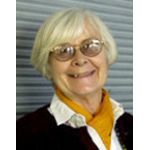 President’s Report to the 2013 AGM

This has been a year in which the Glebe Society has been very active in policy analysis, community engagement and strategy development. The core of what we do is heritage, environment and planning. Support for Heritage at Federal and State government level continues to decline; agencies’ staff and funds are cut, and it would seem […]  Read more »

What Do the 2013 Federal Candidates Say?

The downstairs meeting room at Glebe Town Hall was barely large enough to seat the 150 or so people who came on Monday 26 August to meet the candidates for the electorate of Sydney in the 2013 Federal Election. The meeting was chaired by the Glebe Society’s President, John Gray, who acknowledged the original owners […]  Read more » 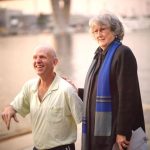 Good Things Happen When They Are Community Initiated!

As reported in the August Bulletin, Mark Weisser was acknowledged for his community work in Glebe. The inspiration to recognise Mark Weisser was the action of one society member, Mark Cashmore, a “regular” on the foreshore with his dog, Dingle. City of Sydney was approached to ascertain how Mark could be recognised. The Lord Mayor, […]  Read more » 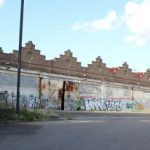 Representatives of the Glebe Society met with representatives of MIRVAC to discuss the DA – both our concerns and our appreciation of the positive aspects. The meeting was helpful. The Glebe Society offers the following comments on the Mirvac Development Application (DA) for the adaptive re-use of the Rozelle Tramshed. General The restoration and appropriate, […]  Read more » 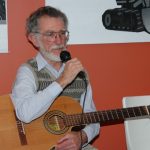 Another sad loss for Glebe has been the death of renowned folk singer and activist, John Dengate, who died suddenly on 1 August 2013, aged 75. John’s most recent involvement with the Glebe Society was when he played the tin whistle at our Anzac Day memorial. You will recall that the Bulletin has been running […]  Read more » 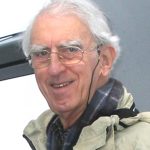 Peter Pockley, a familiar face at any Glebe Society event, died on Saturday 17 August at home, aged 78 years.  The Glebe Society will miss him as a member of our community who gave more than he took. We offer our sympathy to Jenny and the family. Robyn Williams, the ABC Science Show presenter, gave […]  Read more »

John Holt, a member of the Glebe Society and resident of Wigram Rd and Mt Wilson, died peacefully at home on 24 June 2013 aged 82. He is survived by his wife, Mary. As he came to appreciate and enjoy the many elements of this diverse, convenient and appealing suburb, he became a keen and […]  Read more »

AGM The AGM was successfully completed on August 25, 2013. Reports from subcommittees had been published and I gave the President’s annual report. Officers were elected by the AGM which welcomed Jan Wilson as Vice President; Di Gray as Secretary; Tess Nicholls as Treasurer; and me as President. Rozzie Hecker, Jock Keene, Bill Simpson Young […]  Read more » 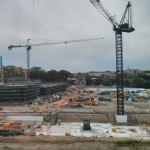 Articles about the campaign to persuade the City Council and the State Government to adopt a better plan for the redevelopment of Harold Park than that prepared by the Government Architect.  Read more »