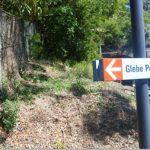 The Subcommittee was featured in articles in two editions of the Inner West Courier (15 and 19 September 2013) concerning the City’s draft Urban Ecology Strategic Action Plan, including the following: ‘The Glebe Society’s Blue Wren Group was consulted on the plan and member Norma Hawkins said the volunteer group had been working on Arthur […]  Read more » 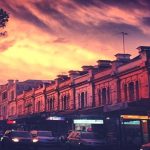 If you have a great image of Glebe or Forest Lodge (past or present), email to editor@glebesociety.org.au, and we’ll try to include it in an upcoming edition of the Bulletin and in our online Gallery  Read more » 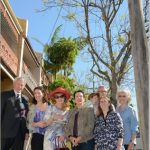 Bernard Smith was one of the founders of the Glebe Society and was pivotal in the successful campaign of the early 1970s to stop a freeway being pushed through the suburb and the replacement of the Glebe Estate with high-rise office blocks.  Bernard and his wife Kate were responsible for producing The Architectural Character of […]  Read more » 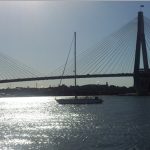 Blackwattle Bay Wharves – Where is the Elias Group DA?

The Glebe Society understands that the Elias Group which runs All Occasion Cruises out of B1, B2 wharves adjoining the Fish Markets in Blackwattle Bay put in an amended DA proposal in relation to proposed developments at this site May 2013. We have not seen the DA so do not know what it proposes. The […]  Read more »

Now that the clocks are going forward (on 6th Oct), the next Glebe Voices has been scheduled to take advantage of summer evenings at the delightful Blackwattle Cafe.   Dr Alex Byrne, State Librarian (and local resident) will lead an informal session on the controversial topic of intellectual freedom and how libraries strive to counter […]  Read more »

“The Bays convenor is working on The Glebe Society’s official submission to RMS on its proposal to demolish the Glebe Island Bridge. The following is my early draft to help in that task. It is bare and polemical. It will not be our official submission. However as you prepare your individual submission you may find […]  Read more »

Members may have noted with concern an article in the Sydney Morning Herald of 7 September titled ‘Lead threat to children from home veggie patches’. Lead contamination of soil in the inner-city, including Glebe, can be a particular danger to children and may arise from soil being walked into the house from gardens or streets. […]  Read more » 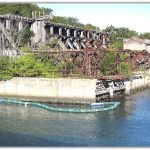 The Challenge of Unsolicited Development Proposals

The foreshores of Blackwattle Bay are likely to see a major new development phase in the next few years. As much of these foreshores is publicly owned, the community rightly expects that it will have a strong voice in decisions as to future uses/development and that the public interest is protected. This, of course, is not a guaranteed outcome.  Read more »

We attended the launch of the City’s Urban Ecology Strategic Action Plan at the Royal Botanic Gardens on 24 August and support the approach and recommendations in the Plan.  Read more »

The City of Sydney has developed a concept design to extend the Glebe foreshore walk to complete a missing link in the path around the Glebe Peninsula.  Read more » 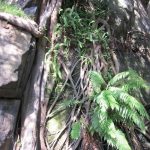 The City of Sydney has released the final draft of its Urban Ecology Strategic Action Plan. Urban ecology is described as ‘the study of the relationship between living organisms and their environment in an urbanised context’.   Read more » 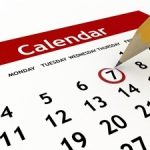 Bernard and Kate Smith were founding members of The Glebe Society, and were prominent in campaigns in the early 1970s to retain the fabric of the Glebe Estate, and to stop a freeway through the suburb. To honour Bernard’s memory the City of Sydney has approved the naming of a lane off St John’s Road as Bernard Lane. The lane runs along the back of 80-85 Broughton Street. Join the Glebe Society celebration and official naming of BERNARD LANE, on Sunday 22 September, 2013, from 2 – 3pm.
Read more »

Thus far in September I have: tabled the President’s Report to the Management Committee. It talks about a number of important issues including The Glebe Estate; established a Membership Project to continually improve the membership experience; put the 2013/2014 Terms of Reference for Environment, Heritage, Planning, Transport and Traffic on this page for members’ feedback.  Read more » 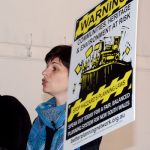 About 40 members attended the Glebe Society’s AGM on Sunday 25 August, in the beautifully renovated Glebe Town Hall. They were welcomed by our President, John Gray, who pointed out that the meetings in 1969 which led to the establishment of the Glebe Society were also held in our Town Hall.  Read more »