The Glebe Society made a thorough submission to the NSW Parliament Inquiry into Social and Affordable Housing, in which (among other matters) we noted that NSW faces a crisis in public housing, urgently needs a coherent housing strategy that sets targets and provide incentives to public and private developers, must establish improved governance based upon […]  Read more » 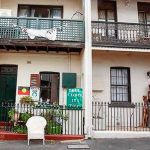 The Glebe Society has a proud history of campaigning to support public housing in Glebe, since our founding years. We will continue to campaign to preserve public housing and the diverse character of our community.  Read more » 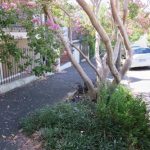 The footpaths of Glebe have become much less bare thanks to Council’s tree planting and verge gardens. However, the contribution of residents is still very important in the ‘greening of Glebe’. What’s more, the gardening efforts of individuals are naturally more varied, and sometimes more quirky, than the mainly uniform look produced by Council contractors […]  Read more » 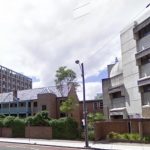 It appears that the Government has withdrawn these proposed bills, which leaves the existing Act of 1979 (as amended) as the Act covering development in NSW. This is a very significant victory for the Better Planning Network (BPN), which the Society joined soon after its inception.   Read more » 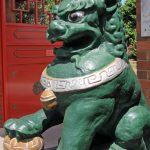 If you have a great image of Glebe or Forest Lodge (past or present), email to editor@glebesociety.org.au, and we’ll try to include it in an upcoming edition of the Bulletin and in our online Gallery  Read more »

Submission to Council Regarding Tram Shed Use

This month The Glebe Society has sent a submission to Council re the adaptive reuse of the Rozelle Tram Depot.  We continue to have concerns about traffic management, the impact on nearby retail centres, and the inadequate size of the community space in the tramsheds.  You can view the Submission by clicking here.  Read more »

I have established this page so that:
– significant correspondence, which represents Society positions, is directly and rapidly available for your comment and actions in your broader network;
– you get updates on projects as they proceed and you can get involved;
– you can comment on matters about the Society and we can start a conversation; and
– you can get involved in strategic campaigns.  Read more »

As I told you recently, we have as a Society committed to our Strategy 2013-2019: Engaging Glebe. The strategy is here on our website. So we could get our strategy right and all commit to it, we held workshops and discussions and broadcast drafts. We put a lot of effort and time into getting it […]  Read more »

A significant way the Glebe Society promotes the objects of its Constitution is by organising a variety of events and activities throughout the year. A number are free and open to the wider community. However most are fee paying functions that raise funds to ensure the financial viability of the Society.  Read more »

The Asset Management Policy covers all fixed and intangible assets owned by The Glebe Society. It covers the full life of the asset including acquisition, depreciation, enhancement & modification and disposal.  Read more »

From time to time the Society receives requests for financial assistance from individuals or other Organisations.   Read more »

The Glebe Society submission to the NSW Parliament’s Inquiry into Social and Affordable Housing can be found here.  Read more » 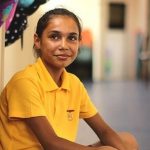 The Divide Is Narrowing

Glebe Public School has been lauded in the media for its exceptional success in engaging its students and in increasing attendance rates!   Read more »