On Wed 23 July the Harold Park Hotel in Forest Lodge was again the venue for the Glebe Society’s New Members Night, when we invite the year’s new members to be our guests in a meet and greet evening. This year just on 20 of our new members joined us and the upstairs lounge bar […]  Read more »

An enthusiastic audience of Glebe Society members gathered on June 18, graciously hosted by Ben and Setsuko, at the lovely Yuga Café to hear Vicki Pogoulis, Principal, speak about the work of the Glebe Public School. Vicki and Bryce Walker, Assistant Principal, explained the philosophy that drives them to work so effectively with the community […]  Read more » 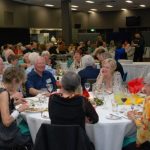 The Society’s 2009 Christmas party was held at the Wentworth Park function centre. About 95 people attended.
Thanks to Anne Fraser and her band of helpers, and to the Wentworth Park Sporting Complex Trust for making it such a memorable evening.
These photos by Bruce Davis show some of the activities on the evening, in particular those guests who were unfortunate enough to be chosen to represent their tables in the centrepiece of the evening – the limerick competition.  Read more »

In a national survey conducted during Oct 2013 by BirdLife Australia, the superb fairy wren or blue wren was voted as Australia’s favourite bird. The work of the Subcommittee during the year can best be summarised by the words of one of our members, Norma Hawkins, who when interviewed by the Inner West Courier about […]  Read more » 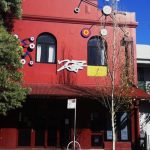 The FLAG ‘Community Stress’ working committee, on which the Glebe Society was represented, reported in Sept 2013; identifying four potential responses to this community problem. Two potential means to address issues raised were: firstly, in the short term, to expand the community BBQ program, specifically targeted at areas where community cohesion appears least successful, and […]  Read more »

Worrying about Heritage and its destruction is nothing new. In 1397 Dick Whittington (Lord Mayor of London) campaigned, inter alia, against watered beer and the destruction of old walls and monuments.1 Centuries later, in an environment where politicians are ‘gung-ho on growth’, we remain concerned about the destruction of our heritage. Heritage concerns are being […]  Read more »

People generally only become interested in planning when a development affects them personally. Then they can become quite obsessed by it! One reason why the Glebe Society is so valuable is that it takes a larger view, and keeps members informed about the rules that govern all development, not just particular proposals. When the new […]  Read more » 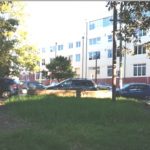 Forty years on, has Tom Uren’s vision become permanently dimmed? On 6 Aug 1974 Tom Uren, the Federal Minister for Urban and Regional Development. A grass roots move to recognise the 40th anniversary of Tom Uren’s leadership and the significance of his foresight in protecting and preserving the Glebe Estate has recently begun. Several events are being planned to commemorate the 40th anniversary.  Read more » 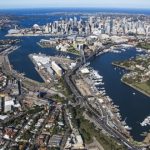 PROTECT THE PUBLIC INTEREST
Important Community meeting – MONDAY 4TH August 6pm Glebe Town Hall
The Government is now informing us that it has decided on a ‘major urban renewal project to create new housing, recreational, retail and tourism places’ through the Bays Precinct Urban Renewal Program. This could be a terrific opportunity for intelligent and integrated planning to renew iconic AND LARGELY PUBLICLY OWNED harbour foreshores and bays  Read more »

The Premier’s announced bays precinct development will be an enormous opportunity IF it is based on sustainable development principles and community engagement. We are determined we will not permit another Barangaroo –  with little consideration of community wishes,  secret decision making and a development outcome which blatantly favoured private interests over that of the community. […]  Read more » 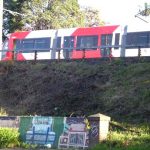 Contractors for Transdev, the operators of the light rail system, have removed extensive areas of flora beside the track in Leichhardt and Annandale.   Read more »

NAIDOC week is being held from the 7th to 13th July.  The Glebe NAIDOC committee has prepared a wonderful booklet with details of events planned for Glebe this year. You can access the booklet using the following link: http://online.fliphtml5.com/vpnn/kxzc/#p=1 The committee is made up of local services and community members committed to working together to highlight […]  Read more » 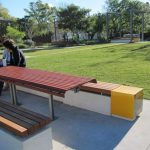 The final stage of the Foley Park upgrade has now been completed.  Read more »