I attended a strategy meeting of this key organisation, which now has 460 affiliates throughout NSW. The Network realises that defeating the State Government’s pro-developer planning legislation is only the first step, although an essential one. Now we have to pre-empt moves to introduce negative changes by stealth, as the Government has promised to do.  Read more » 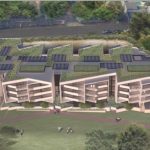 The fourth stage or precinct of the residential zone is now on exhibition. There are six precincts of residential building. Three precincts have so far been approved, and these contain approximately two thirds (829) of the total of 1 250 dwellings.  Read more » 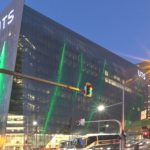 The section of Broadway toward Railway Square has become the focus of some of Sydney’s most innovative architecture.  Read more » 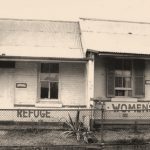 Loss of Women’s Services in Glebe

Detour House is closing. In the 30+ years it has served the community, 100% of its clients have been traumatised by sexual assault and/or family violence and 95% have been diagnosed with mental health issues.
Elsie Women’s Refuge will continue but it will no longer be managed by Domestic Violence NSW.  Read more »

The President’s Reports and Correspondence for June 2014