There will be a celebration of the 40th Anniversary of the Glebe Estate on Friday 10th October from 10.00 a.m. till 11.30 a.m. at the corner of Catherine & Mt Vernon Streets, Glebe. * Free Morning Tea * Winners of the Glebe Community Photography Competition will be announced. * Displays of the Glebe Project. For […]  Read more »

Glebe Society activity relating to the Bays and Foreshores over the last 12 months has again been inextricably linked with wider developments as well as local activities.  Read more » 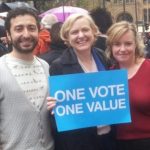 “One Vote One Value” Rally

Rain did not deter them! Hundreds of people, amongst them familiar Glebian faces, rallied in Town Hall Square on Saturday 6 September to protest against the proposed bill concerning council voting amendments that the Shooters and Fishers Party are sponsoring.  Read more » 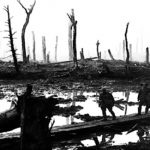 A Glebe Society member, Rod Holtham, has authored a booklet called Glebe and the Great War which is now available at the Glebe Library.  Read more » 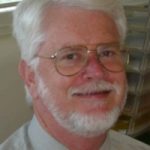 On an exceptionally wet evening we had a most enlightening address from Martin Lawrence who, given his research knowledge on ocean acoustics, was asked in 1994 by the Department of Foreign Affairs and Trade to assist with a technical matter related to the Nuclear Test Ban Treaty.  Read more »

The Glebe Society Ambassador Project commenced in 2013. Our Ambassadors offer their services to local groups that would benefit from their experience and expertise. Here is a story from one member, Geraldine Barnes.  Read more »

40th anniversary of the Glebe Estate

Community interest continues in the 40th Anniversary of the Glebe Lands (Appropriation) Act (1974) and the Park (corner of Catherine St and Mt Vernon St) which commemorates the salvation of the Glebe Estate.  Read more » 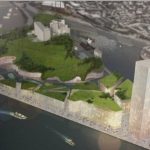 The Management Committee of the Glebe Society has endorsed the Charter and is asking all members and friends to do the same. The full Charter is available at http://thecommunitycharter.org/the-community-charter-2/, but we have reproduced the main principles here.   Read more » 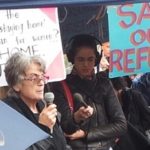 Elsie – 40 years On Yet the Fight Is Still Not Won

The wet weather didn’t deter more than 200 people gathering at Minogue Park, Glebe on Friday 29 August at ‘high noon’. They were there to make their voices heard; voicing protests about the state government’s changes to the delivery of Women’s Services.  Read more »

The Society’s constitution includes the following in its objectives opposing (by lawful means) development detrimental to heritage values or contrary to community interests and to preserve and enhance the natural and architectural character of Glebe, and to encourage sound town planning, architectural and conservation practices.  Read more »

Glebe Art Show hosts Craft Market The final day of the Glebe Art Show, Saturday September 13, is being celebrated with a unique Craft Market outside Glebe Library. The forecourt of the Library will be filled with a range of stalls overflowing with tempting goodies for lovers of finely made handcrafts. Each craftsperson offers a […]  Read more »

President’s Report to the AGM 2014

At this AGM I will argue that The Glebe Society faces challenges as great as when Askin chose Glebe as the site for a motorway. But The Glebe Society is now better prepared to turn them into opportunities. Today won’t be used for detailed recapping of what we have done during the year, for I […]  Read more »