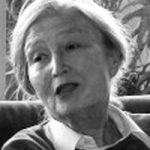 Glebe Voices – Is the Past Another Country?

The latest Glebe Voices “Is the Past Another Country?” featured Mira Crouch, a long term Glebe resident shared her experiences of arriving and settling in Sydney from Belgrade, by way of Israel, as a young woman in the 1950s.   Read more » 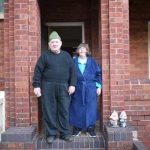 The City of Sydney has included in the landscaping design a number of features to provide improved habitat for both plant and animal life. As well as planting hundreds of shrubs and native grasses to provide habitat for small birds and animals, the edge of the foreshore has been improved to create saltwater mangroves and endangered coastal salt marsh habitats.  Read more » 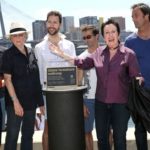 The latest and the final section of the Glebe Foreshore Walk was officially opened on Saturday 25 October 2014 by Clover Moore.  Read more »

Alex Perry, manager of the Broadway Branch of the Commonwealth Bank has told the Glebe Society “We are committed to having a branch of the bank in Glebe”.  Read more »

On Friday 10 October 2014 a significant number of Glebe Community members gathered at the park on the corner of Catherine St and Mount Vernon St in Glebe to commemorate the acquisition of the Glebe Estate by the Commonwealth of Australia in 1974. Forty years on the estate is again showing signs of significant ‘wear and tear’ and depredation by the forces of nature.   Read more »

The White Ribbon Campaign is an Australia wide campaign aimed at stopping violence against women.  Glebe, like many communities, wants to reduce the incidence of this happening locally, so a community barbeque to inform and spread awareness of this unacceptable practice has been organised. It will take place on Monday 24th November between 3.30 and […]  Read more »