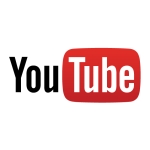 The Glebe Society’s channel has been launched on YouTube. If you have any videos that we could upload, any suggestions of videos to add to to our playlists, or audio material or photos that could be compiled into slideshow videos, do let us know.  Read more » 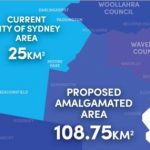 Having failed to secure the passage of their Planning Bill, the State Government has continued its efforts to achieve the same result by introducing changes to existing legislation.   Read more » 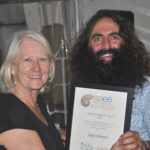 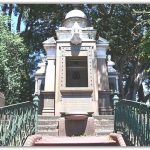 About 50 people stood in soft and misty rain at the Glebe Diggers Memorial on Wednesday 11 November. Glebe Society President Ted McKeown urged us to remember: Not just ‘The War to End All Wars’, but the lesson never having been learned, those subsequent Wars as well. To remember those who lost their lives, and those whose lives were blighted by physical and psychological injury. To reflect on the endurance and stoicism of those bereft and left to carry on.  Read more » 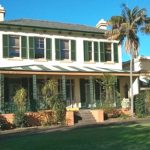 On exhibition until 4 December is the Stage 1 envelope and concept plan for this prominent site.  Read more » 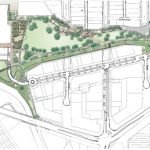 Council has accepted the recommended tender for the construction of new open space at Harold Park. Work is due to commence in November this year and finish in November 2016.  Read more »

Raffle Tickets are now available from the Glebe Society, to be drawn at the Glebe Society Christmas Party on Thursday 3rd December.  The prizes are: 2 x tickets to the Lord Mayor’s NYE Party at the Opera House.  Tickets to this event cannot be bought anywhere, but can be won in this raffle. Box of […]  Read more » 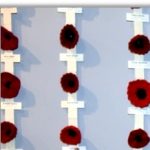 The Society’s Anzac Centenary Lecture was organised to complement the theme of its Anzac Centenary Program exhibition Sacrifice, Struggle and Sorrow shown in the Southern Hall at Glebe Town Hall, October 7-23, 2015. The lecture was delivered by Professor Paul Ashton on Tuesday October 13.  Read more » 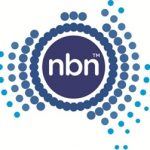 NBN in Glebe – an Update

NBN Co finally released its latest rollout plan last month (16 October) and it is now planned for construction work to commence (or resume) in Glebe in mid 2018.  Read more » 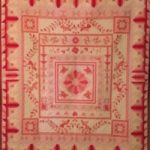 The Sunset Soirée for Centipede

Friends of Centipede catered for over 80 people at the Glebe Rowing Club premises on Friday 9 October at their annual fundraiser for Centipede.  Read more »

Past life in Greek Street, Glebe

Greek Street, Glebe, is at the rear of the Broadway Shopping Centre, the same street that the Church of Scientology is now located.  Prof. Sybil Jack, a member of the Glebe Society, has written an interesting article about the history of the street.  Click_here to read the article.  Read more » 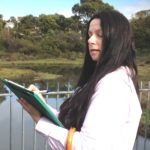 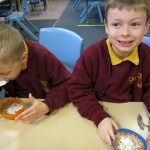 What is Centipede and Why Do We Support It?

Centipede at Glebe Public School Inc. is a community based, charitable foundation / service organisation that has been providing before and after school care for students at the Glebe Primary School since 1989. The care that Centipede provides includes meals, ie breakfast and dinner, and social development opportunities to local Glebe Public Primary School children.  Read more »

Call for Submissions on EIS for WestConnex

The WestConnex M4 East Environmental Impact Statement [“EIS”] is currently on public exhibition until 2 November and I urge you to make a submission. Every EIS submission opposing this project could make a difference. We’ve made it easy – it will only take you a few minutes to add your details and a personalised message.  […]  Read more »