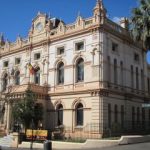 Glebe “possesses probably the largest stock of Victorian cottages and terraces, grouped in the same townscape, to be found in Australia. On recognition of its value the National Trust has declared Glebe to be an essential component of the nation’s architectural and historic heritage.”  Read more » 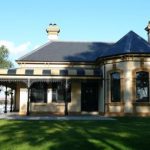 Built in 1883, the house is the work of Ambrose Thornley jr. and is located in Blackwattle Park overlooking Blackwattle Bay. It is one of the few surviving examples of mid-late Victorian dwellings that characterised Jarrett’s Point on the Blackwattle Bay foreshore.  Read more » 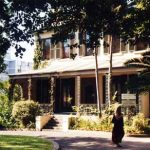 This handsome villa was the home of Edmund Blacket while he was designing the Great Hall of the University of Sydney. The walls are of handmade bricks, rendered to gve the appearance of stone coursing. It has an attached single-storey verandah of decorative cast iron.  Read more » 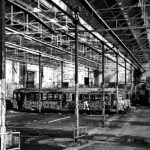 Rozelle Tramway Car Depot was opened in April 1904 with a capacity to house 200 electric tramcars and some 400 personnel. By the 1930s, when Sydney’s tram system was second in size in the British Empire only to London’s, the depot provided services for the Balmain, Leichhardt, Abbotsford, Lilyfield and Birchgrove lines. Glebe Point trams […]  Read more » 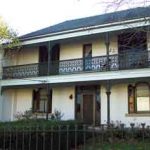 This building was completed in 1874 for William Bull, wheelwright and son of marine in the First Fleet. William Bull died in 1900 and his wife, Catherine died a year later. Hereford House was sold to Alice Goldmsith and her husband William, a butcher, in 1909.  Read more » 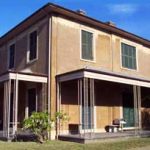 Lyndhurst was designed by John Verge and completed in 1835 for Dr James Bowman, Principal Surgeon of Sydney Hospital and the son-in-law of John Macarthur.  Read more » 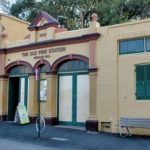 Many people who live in Glebe are familiar with the Old Fire Station at 113 Mitchell St. Its late Victorian architecture makes it a distinctive and well known addition to the heritage streetscapes that characterise Glebe, our 19th century suburb.  Read more » 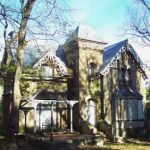 Ferdinand Reuss trained as a civil engineer in the British firm of Robert Stevenson (grandfather of Robert Louis Stevenson). After some time in the USA, Reuss came to Australia during the 1851 gold rush, eventually setting up an architecture practice in Sydney.  Read more » 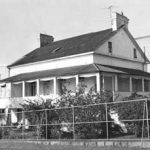 24 Ferry Road Now almost hidden by trees, Rothwell Lodge is an example of the post-Regency style, with a wide verandah on two sides giving it the air of a country homestead. The house, which was built about 1860, has been restored and is in private ownership.  Read more » 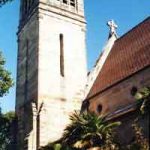 The architect was Edmund Blacket (1817-83). The building was of Early Gothic design and, damaged by fire in 1972, was later demolished (but the sandstone blocks and other features continue to live on as an integral part of our community at 134 Glebe Point Road, Glebe as the Dabar Indian restaurant (formerly Darling Mills Restaurant).  Read more » 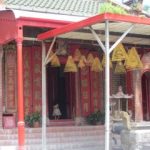 Nestled amongst the Victorian and Federation buildings of Glebe Point is one of Sydney’s oldest temples built by Chinese immigrants from the Kwongtung region. The original groups of trustees purchased the land from the owner for £325 and built their temple two years later. It was funded by immigrants from the Sze Yup area in […]  Read more » 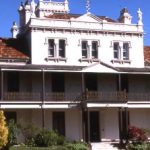 George Allen (1800-1877) was the first solicitor to be trained in Australia. By 1831 he had acquired 96 acres of Glebe land, which became the Toxteth Estate, and commissioned John Verge to build Toxteth Park. His son, George Wigram Allen (1824-1885) added a third story, tower and ballroom to the original colonial Georgian structure.  Read more » 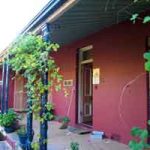 Tranby cottage was built in about 1840 prior to the subdivision of the Toxteth Estate. Its low lines and broad proportions make it an interesting example of an early colonial dwelling. George Allen, an influential solicitor and Wesleyan Methodist who became Mayor of Sydney bought the Toxteth Estate and built Toxteth Park in 1831, a grand mansion for his family.  Read more » 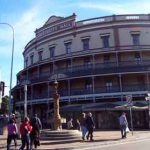 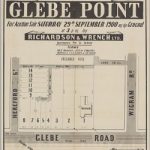 It was Alexander Kethel who subdivided and sold the Benledi Estate on September 29, 1900. Lot 1 of the Benledi Estate is a story the Glebe Society knows well. It is the site of Ben Ledi itself, the house built for Kethel c.1885.  Read more » 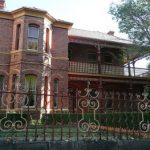