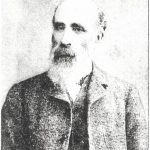 Scottish-born James Barnet held the post of Colonial Architect for 25 years during a period of major expansion of the colony. He was responsible for some of Sydney’s iconic buildings, including the GPO in Martin Place, the Lands Department Building (Bridge Street) and the Australian Museum (College Street).  Read more » 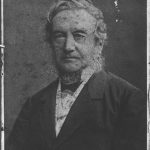 Edmund Blacket was born in Surrey, England and arrived in Sydney with his wife Sarah on the emigrant ship Eden in 1842. In 1847 he was appointed Diocesan Architect and two years later was appointed Colonial Architect.  Read more » 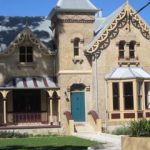 Ferdinand Reuss (pronounced Royce) was the British-born son of a Royal Prussian Consul. Reuss trained as a civil engineer in the firm of Robert Stevenson, the great lighthouse engineer and grandfather of Robert Louis Stevenson. Reuss migrated to Australia in 1851 and was active as an architect and builder in Sydney during the 1870s and 1880s. He is also regarded as the father of surveying in Sydney.  Read more » 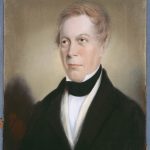 John Verge was a leading society architect and builder of the 1830s in Sydney and an exponent of the Regency style. His clients included John Macarthur and William Charles Wentworth. Verge’s work can be seen at Elizabeth Bay House, Camden Park, Tempe House and the vestries and eastern porches of St James Church, King Street.  Read more »