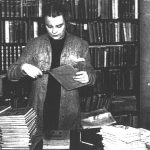 Bessie Guthrie was trained in Design and worked professionally in various design fields from the late 1920s until about 1950. She established Viking Press in 1939. Throughout her life she was a crusader for children’s rights and against the institutional abuse of women. She welcomed the Women’s Liberation movement, and was active in the establishment of Elsie Women’s Night Shelter, the first women’s refuge in Australia.  Read more » 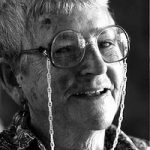 Edna Ryan was a leading figure in three eras of feminism in the 20th century. As a feminist and labour activist she is credited with achieving equal pay for women, maternity leave and work based child care. Ryan wrote numerous articles, conference papers, submissions to government and two books, Gentle invaders (1975) and Two thirds of a man (1984).  Read more »